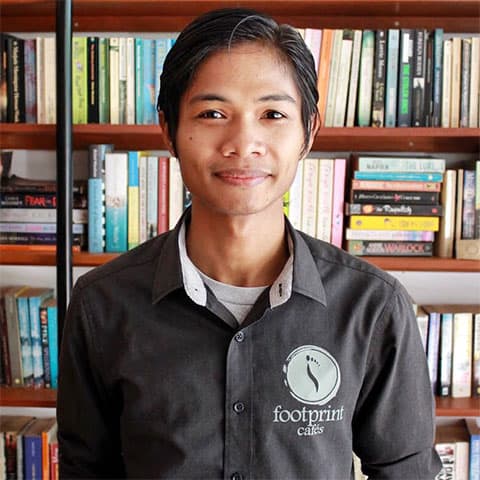 Pheakdey Yon heads the team in Footprint’s first café, in Siem Reap, bringing with him over a decade’s worth of experience in the service industry. A graduate of Siem Reap’s prestigious Paul Dubrule school of hospitality and tourism, he has worked in a variety of service industry settings from hip, bustling cafes to refined restaurants focused on Royal Khmer cuisine. In 2013 Pheakdey & Georgina met as part of the founding team of New Leaf Book Café, a social enterprise café focused on community empowerment. Here Pheakdey’s obvious skills and talents led to his quick promotion to café manager. Pheakdey left the service sector briefly in 2014 to become Vice President of One Step One Life a new Australian charity focused on changing the lives of young Cambodians for the better. Since 2016 Pheakdey has worked in parallel but separately for both the charity and Footprint Cafes utilising his expertise in the development and service sectors. Pheakdey’s big dream is to work in environmental conservation. 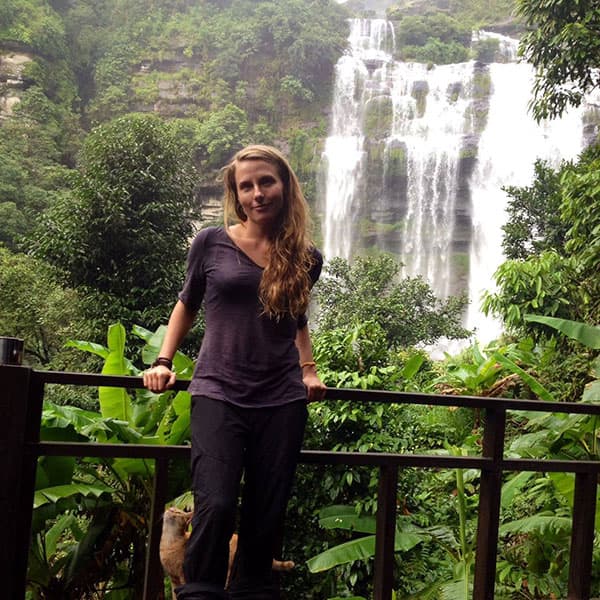 Georgina started working in the social enterprise sector in 2013 following a trip around South East Asia during which she saw first hand how tourism was failing local communities. That year she co-founded a social enterprise café in Cambodia to create a locally self-sustaining enterprise, run for the community by the community. In its first year it employed 17 local people strong and generated $25,000 in grant money. After seeing the positive impact the café had, Georgina wanted to improve and scale the model. She returned to the UK in 2014 to study Entrepreneurship at Cambridge Judge Business School and to develop the idea. In March 2016 Georgina pitched the Footprint Cafes concept to the Cambridge community, one month later Footprint Cafes was established as a UK Charitable Incorporated Organisation with a pledged $150,000 fund to scale the idea, shortly followed by a further $150,000. In November that year the first Footprint café opened its doors in Siem Reap. Before moving to the social enterprise sector, Georgina worked in UK politics as a Senior Parliamentary Researcher to two Government Ministers, a Coordinator of the All Party Parliamentary Group on Debt, Aid and Trade and as a consultant in various roles including advocacy, campaigns and fundraising, successfully securing over $600,000 funding in grants. Georgina’s big dream is to grow Footprint Cafes into a globally recognised brand. 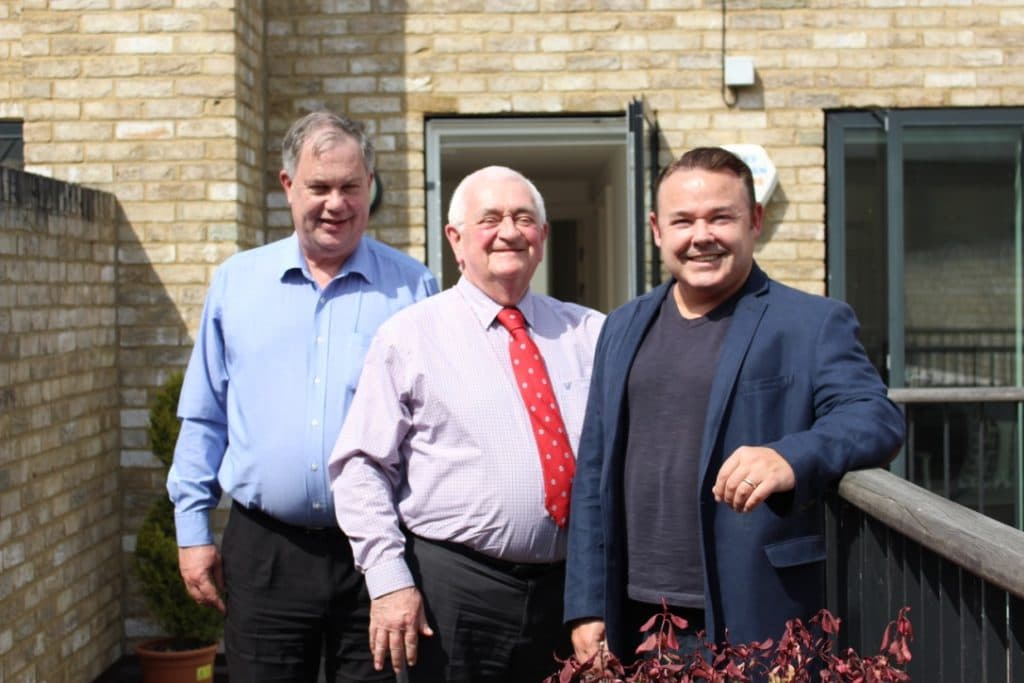 Darrin is a parallel entrepreneur, angel investor and enterprise champion. He has been involved in the start-up and growth of numerous business ventures securing over $320 million business financing from grant, angel, corporate, venture capital and public market sources as well as closing over $500 million of product, service, licensing and M&A deals. Darrin supports education, entrepreneurship and mentoring programs in the UK via the Professor Christopher R Lowe Carpe Diem Enterprise Fund and has backed over 30 start-up life science, technology and social enterprises including Footprint Cafes. This led to him being conferred with a lifetime-held Queens Award for Enterprise Promotion in the 2016 Birthday Honours list.

Alan has worked in Health Care and Medical Research, as Chairman and Chief Executive of large multi-national companies and smaller technology start-ups. He teaches in Universities in UK, Europe, North America and Asia with Professorships in European and Chinese Universities. He has raised and managed a Venture Capital Fund and, is a Business Angel Investor and Trustee of charities. His current work is focused heavily on the development of UK-China Trade and Relationships including cross-continental investment. Most recently appointed Chairman of a 3billion RMB Chinese Technology Venture Fund. Alan promotes the vision of “A World Without Borders”.

Michael is a Chartered Accountant. Having qualified with KPMG in London, Michael has held a number of senior finance posts often with worldwide responsibility for US corporations. In the last seventeen years he has been freelance – spreading his activities between his own entrepreneurial activities including coffee, internet and developing ideas; problem solving for other start-ups and smaller companies; and authoring a number of start-up books.

About Us Our Impact Our First Café Our Team Contact Us 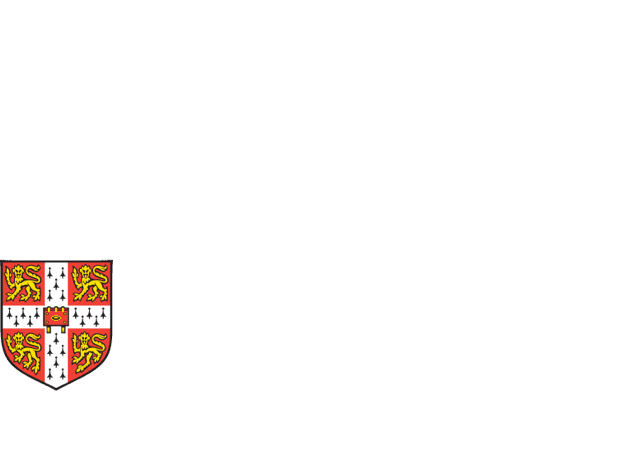 Get The Latest News